I have begun spending more time with one of my sisters in the (Army base) Ft. Hood, Texas, area. Her husband is in Afghanistan. She was born when I was off in college and so, this is a different kind of time together than we have ever gotten to share before.

But today, I arrived back home, unpacked, took a nap, shook off the grogginess, and got back to marble carving this evening. My goal was to finish drilling the safety holes before dark so that I could split the excess stone off of the base of the sculpture in the morning. However, I made some real progress with the drill and decided that there was no time like the present . . .

I am not normally competitive with other people, but I do sometimes use Nature as a way of setting deadlines for myself. So, I wondered if I could split the marble before today’s light disappeared behind the trees. Nature, you are on!

I received my mentor and friend Vasily Fedorouk’s pins and feathers from his wife Dilbarra last February when I was in Chicago to visit her. I am quite sentimental and have wanted to use these tools to feel somehow that my teacher was still alive and working with me. 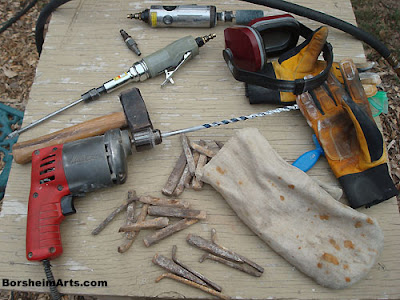 You can see his mitten emptied of the stone splitting pins and feathers here in the first image. The two sets at the bottom have been arranged to show you how they work. Basically, you drill a hole into the stone and place the two outer winged parts (the feathers) into the hole. Then you place the tapered pin between the feathers, hammering on that part as you direct the force in the direction you want. 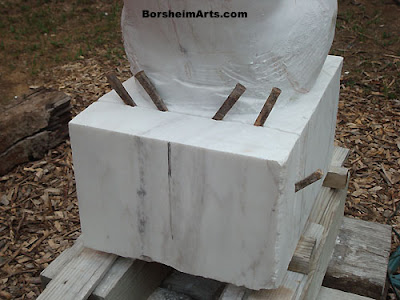 Sometimes I do not think - there is just no other explanation for this: the drill bit I used for my safety or guidance holes is such a thin diameter that I could not even fit ONE feather into them! Hmmm. Still sentimental, I decided to place at least the pins in each hole, rationalizing that I could not use my normal brick laying chisels underneath the gymnast’s back anyway since there was so little space there. [Note: my drilled holes were done at diagonals for this reason as well.]

Because I was unable to tilt the entire marble sculpture on her side to score the bottom edge with my blades, I was afraid that I would not be able to save this rectangle of marble in one piece. I hate being right sometimes! This third image shows you the first chunk of stone that broke away. This is along the diagonal that corresponds to the bedding plane of the stone and was likely to give along these lines. 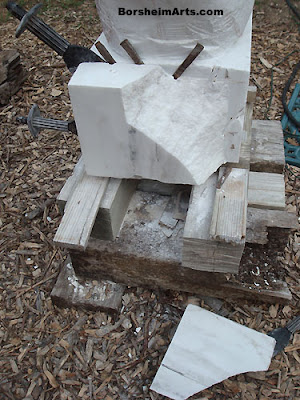 Each time I broke away a piece of marble, I would take my diamond and later my masonry blades to score another safety cut along the new edge. This also gave me a “ditch” for inserting my chisels. When striking the chisels or pins to remove stone, one strikes one or two blows in succession from one end to the other… this is not like playing a xylophone in which you can go back and forth to make music. Slow and consistent strikes in one direction yield the best result. 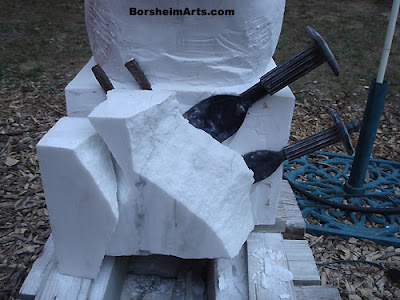 I also enjoy this process because I get to swing my hammer with my left hand when the angle calls for it. It is fun to “mix it up a bit” and keep my different sides on their toes, so to speak. I am a bit odd in that when I was a child, I thought that my left hand had its feelings hurt because he could not do very well the same activities that the right hand performs so easily. Until they traded roles (as I tried to become ambidextrous) and he learned that my right hand felt the same about the supporting tasks that Lefty normally performs without fail. I do not think that I ever claimed to be normal.

In this fifth image, I have split enough stone so that my original drill holes no longer support Vasily’s pins. And I have a little more working room under the figure’s back (which clearly needs shaping - how flat that pelvis!) This was the last piece to come off in one chunk, to be carved at a later date. You may also see how shallow my original safety cuts were. A lot of this had to do with the proximity of the curving back to the stone base. 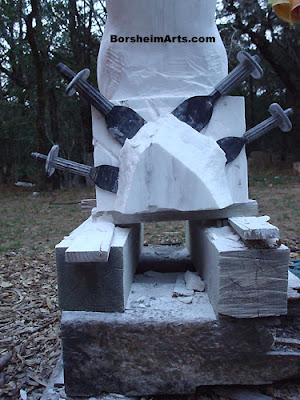 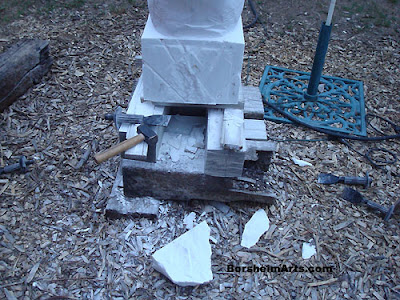 And finally, as it was getting ever darker (you may see how the color in the images has gotten bluer with progress in the carving), I could stand back and take in the new view. I must say that one of my favorite feelings is when you have cut off stone and you cannot imagine having it back on! No, “uh oh” feeling here - with so much less mass, this smaller base allows the figure to lift.

I had just enough time to notice the last lingering of sunlight on the tips of the clouds overhead and put away my tools before it was too dark to work anymore. Good girl, Nature and thank you! And, as I write this, the skies are showering rain and even hail over my tin roof. Life is sweet and sometimes the timing even works out beautifully! 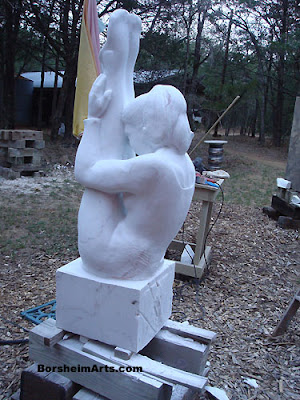 Posted by Kelly Borsheim Artist at 6:52 AM No comments: 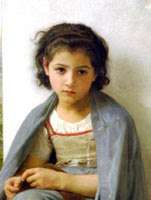 If you find yourself in central Texas (Florence, actually) on Sunday, June 12, and want to learn about creating art portraits, come on out to my 3-hour Portrait Workshop. 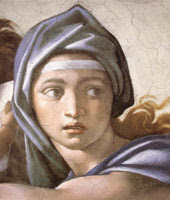 In this hands-on introductory 3-hour workshop, you will learn how to draw faces. We will go over basic anatomy for the face and skull and also how to capture a likeness. We will talk about differences of the subject's age, sex, personality & expression. Instructor Kelly Borsheim will demonstrate, as well as assisting students on an individual basis. Copy a masterwork (select from one on this page) or bring in a photo of your own to work from.

Posted by Kelly Borsheim Artist at 7:03 AM No comments: