Here are some images of my freezing walk out to the Old Town in Umag, Croatia, to ring in my new year.  I wish you a year (and more!) of abundance in energy, interesting thoughts, and working towards your dream while helping others when you can.  Enjoy these images, for I must return to my disegno [Italian word meaning ‘design’ and ‘drawing.’ I like it that they do not distinguish the two concepts]. 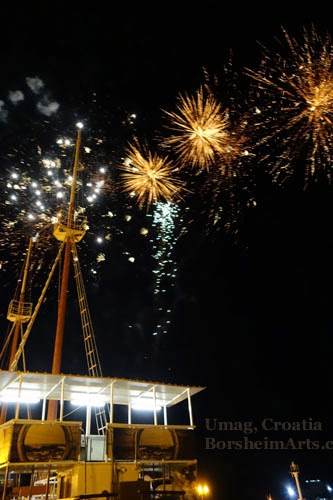 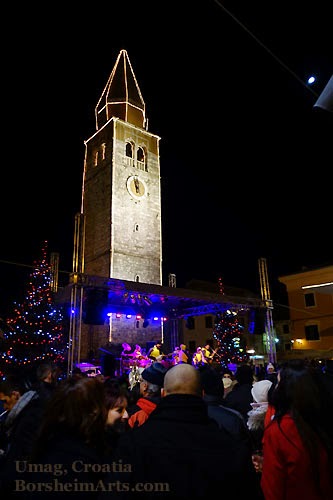 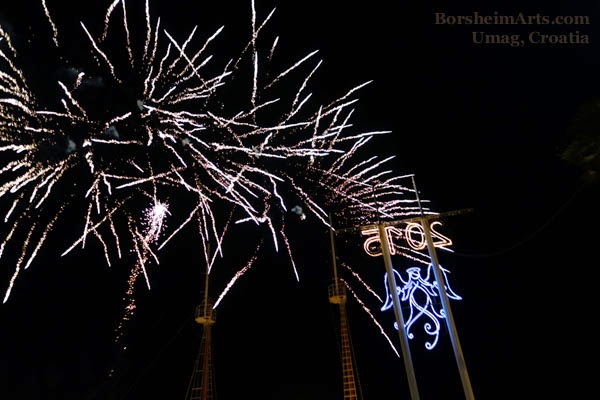 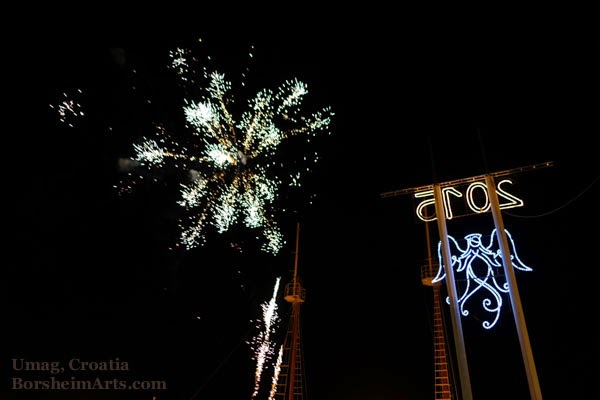 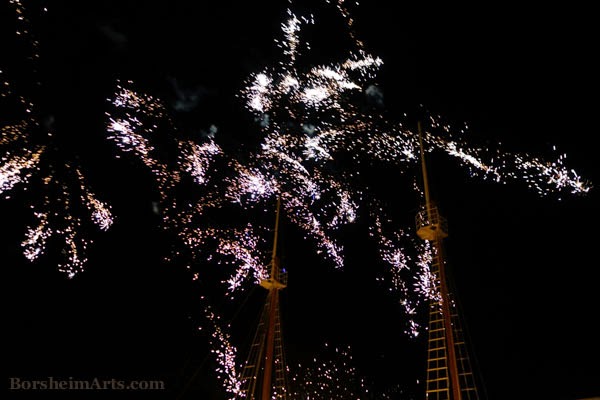 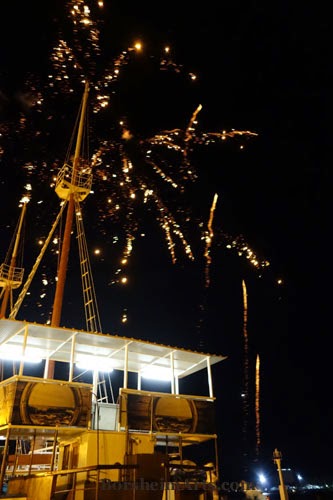 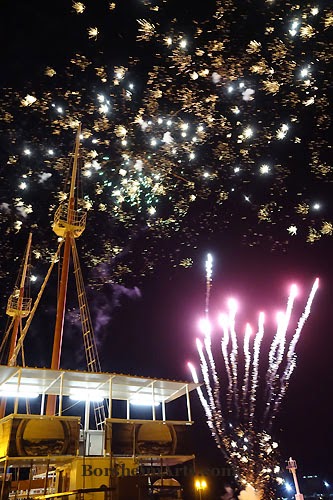 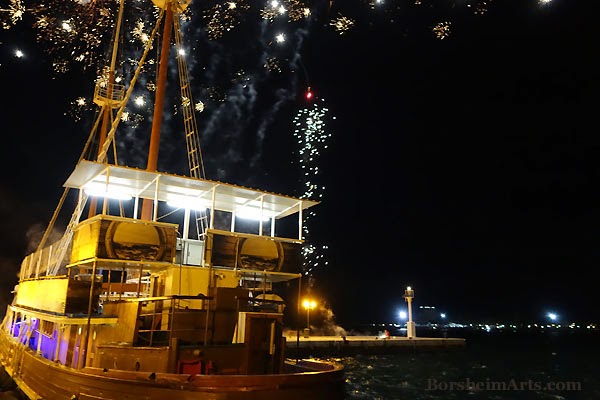 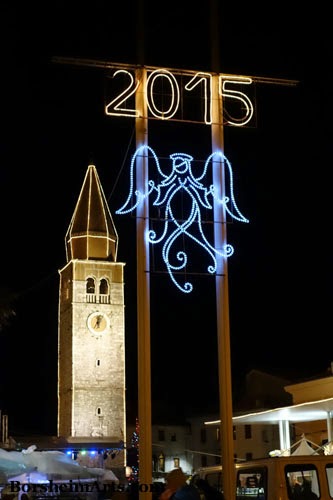 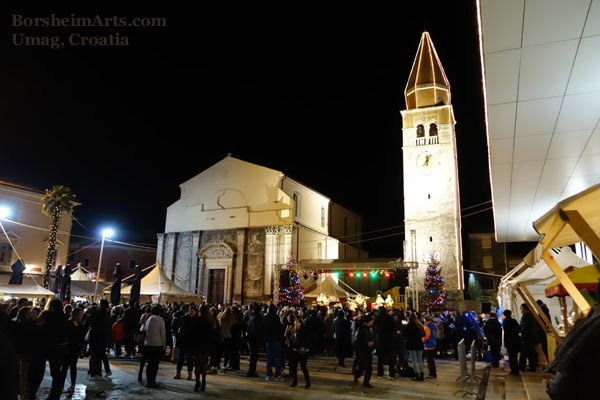 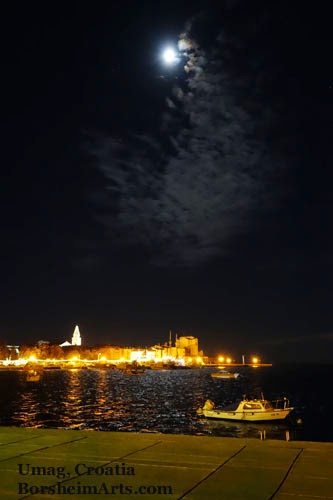 Posted by Kelly Borsheim Artist at 1:25 PM No comments:

In 2009 I began a tradition for this blog.  With the idea of living closer to the Earth, more Natural, as it were, I decided to celebrate the coming of a new year with an NYE blog post featuring naughty art; art forms not unlike some of the art you might see in Pompeii, Italy.  Many consider Pompeii to be full of erotic art, and fair enough.  Those Italians thought of a male erection as a sign of prosperity and fertility, i.e., a wondrous event to celebrate and enjoy the fruits or gifts the gods have given us.  Their homes often featured at the entrance a mosaic of some incredibly endowed human of the male persuasion.  It was not considered obscene.  It was seen as a welcoming wish for prosperity and abundance. 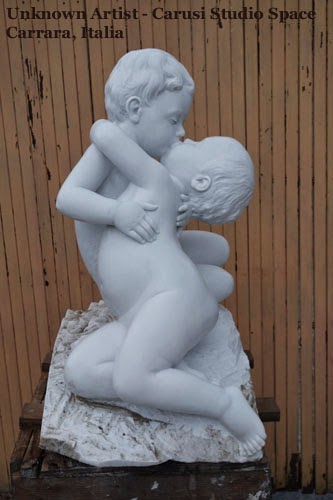 While I was visiting the Carusi Studios of marble carving in Carrara back in November, I saw a marble sculpture outside from an unknown artist.  Many artists use their studio space (the Carusi no doubt know, but I forgot to ask and today is the sharing day…)  I will admit that for all of the putti or just babies in art that I have seen, these two kinda gave me the creeps.  I think of them as the “lascivious babies” because seriously, have you ever seen such a passionate, sexy kiss between young ones? 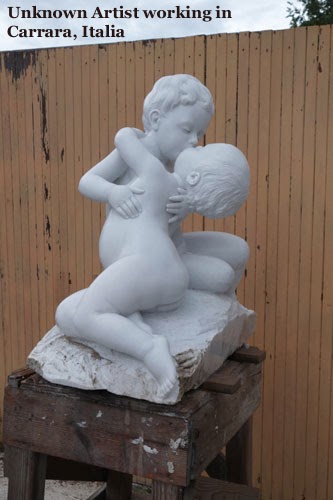 I know that children enjoy mimicking adults, but these two seem far too young for that.  So, what is up?  However, the work is beautifully executed and also, the large belly of the baby girl made me think of how some artworks tell stories in that they show something of the past, present, and future in the same artwork.  Sometimes that means depicting a couple in the foreground (usually representing the present time) and then repeating them in the background (future and/or past, depending on where they are located in the painting, for example).  The big belly here serves to remind us that “one thing leads to another.”  This is not unlike the common placement in the US of the sexy lingerie shops existing RIGHT NEXT to the maternity stores.

So. . . um, enjoy (?) these kissing babies.  Maybe even creepy romance is still better than war.  And let us work to make 2015 a year of peace and love and tons of fun!

Thank you for your interest and enthusiasm,

Posted by Kelly Borsheim Artist at 1:45 PM No comments: