I get pretty frustrated when I hear again the old argument about how art in schools is an option and mere fluff in the education of a child. Creating art is not just expression, it is problem solving. And art is mathematics. I say this as a former math major in university. As an artist I am constantly using one form of math or another. 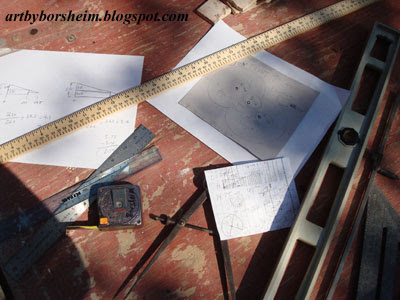 People tend to tell me that math belongs to the realm of the left brain hemisphere (logical lobe). But I see it as right brain (the spatially thinking side), aided by the left lobe’s strengths. Like the notes on a page of sheet music, mathematical formulas are only symbols representing something else.

I had a real problem (not like those crazy-speeding-train-word-problems in my mathematical youth). This was the second time that I tried to place an order with a limestone supplier only to get absolutely no response! [And yes, they are still in business!] So, needing a large stone and having just returned from Italy, I took out my tape measure and started eyeballing a couple of limestone bases that I had bought for various exhibits. I got lucky and found one just large enough.

While I hated to give up a lathe-turned tapered stone cylinder, I also knew that if a quarry had chosen to go to the expense to shape this stone, she had to be a beaut. And she is!
But I needed a 4-sided pyramid shape (missing the top point), not a circular form. So, out comes the math work (Mr. Phillips would be proud) . . . and I only had one shot at it. That is what makes stone carving so exciting!

Here are a few progress images, as well as the finished stone. This is part of my bronze and stone figurative sculpture titled, “Against the Dying of the Light”. I received this order just as I was leaving for Italy and he is now almost complete! 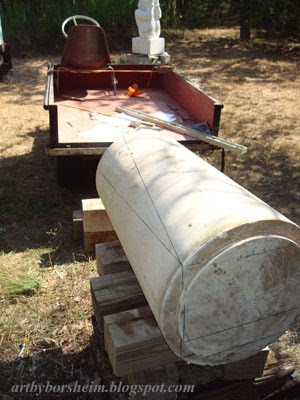 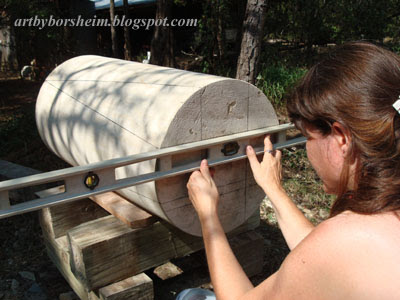 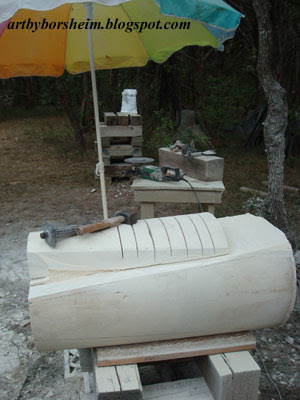 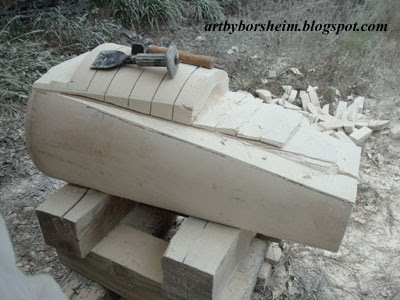 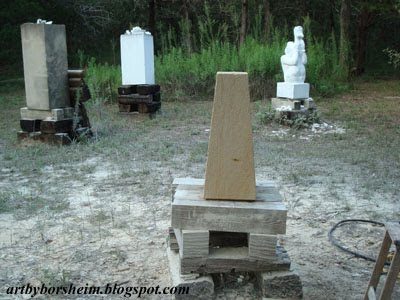