Cari Amici (Dear Friends),
Two days into my trip to Morocco and I was already telling a friend that I had made a mistake and wanted to be home sooner than planned. But since I had not yet been to Marrakesh, I decided that I was being a baby and to just get on with it. I could not believe the amount of trash everywhere, the lack of bins (and those were mostly empty), and the mentality that accepted that as a way to live. And I am no neat-freak, although I do hate litter. And the flies around the food . . .

However, two days into Marrakesh and I tried to buy a flight back home to Italy. Ryan Air would neither let me change my existing flight, nor would they accept either of my credit cards for buying a brand new ticket. [Other airlines were far more expensive for a last-minute flight.] Of course, despite my frustration, it was not all bad, and I show you some images here. I explored some of the more out-of-the-way places in Fez and Marrakesh, constantly looking for the light and interesting shapes.

While I had been warned about the come-ons, I did not really understand that practically every conversation with a local was expected to be paid for with either money or sex. It was not flattering; it was annoying. And I was really unhappy waking up on the bus from Essaouira because the guy next to me had stretched his leg out into my space alongside my leg. He pretended to be asleep, but in fact, was fondling the underside of my knee with one hand while his other worked on my lower hip! I wanted to punch him, but I had been told that this is a country in which it was legal to rape a woman (but illegal to try to remove her veil, for that would be disrespectful) and was afraid that I would instead be blamed for having an enticing leg. I am only slightly joking here.

Ex-pat locals, as well as some hostel staff told me that I should just ignore everyone. But that is not often why I travel! Most of the time I just smiled to people (even as I was shaking my head “no”) and I was happy that many responded in a lovely way. Even the rejected hustlers would sometimes shout after me, “Thanks for that smile, Italia!” [That nickname was because I preferred to speak Italian when I did choose to speak. Oddly, the word seemed to spread as people I had not seen before addressed me as “Italia” on first greeting.] Most of the women seemed shy but happy to receive a greeting from me. A smile really is great international currency. 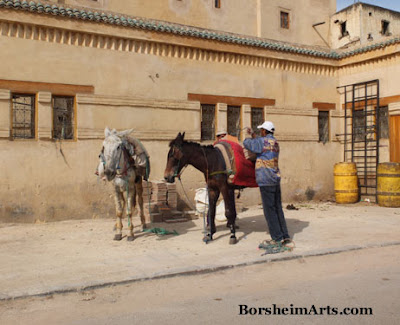 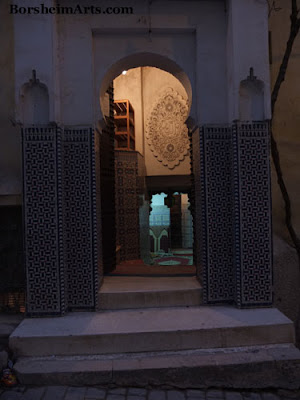 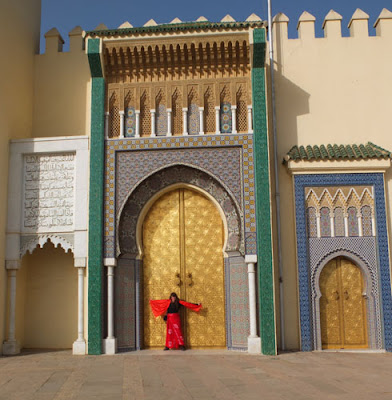 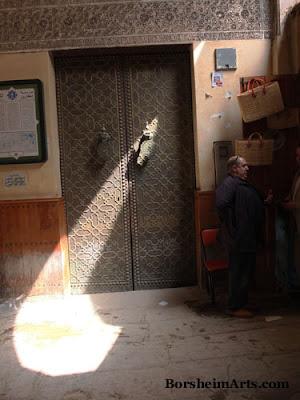 More images are posted on Facebook:
Apparently I ate or drank something that was bad and I have been sick since April 1st (no foolin’). My last two days in Marrakesh were spent in the hostel bed and bathroom. Then a fun 7-hour train ride back to Fez to spend 3 more charming, bed-ridden nights before I could get on my original flight back to Italia. It being Easter weekend, I had little recourse but to stay in bed at home and try to eat something if I could. I have wonderful flatmates, Tomaso and Amit. And they both bought me some requested yogurt so that I would have something to eat once home again. And another friend brought me some food last night, so I feel fortunate. I did go to the new studios at Angel Academy on Tuesday. They moved over the spring break and while the location is further from my home, it is much nicer. However, I did not have much energy for standing long. I did get to take a picnic near these lovely tulips near Piazza Beccaria. I wanted to just lay out on the grass and snooze a bit, but I was good and returned to the studio for a few hours. 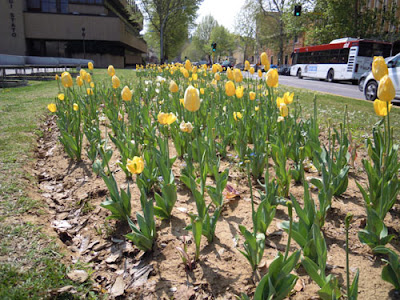 Afterwards, I went to the Postale because my order of 40 books of “My Life as a Street Painter in Florence, Italy” arrived early, on the day I flew out to Morocco as luck would have it. I was hoping the package was still here after two weeks and it was. But it was heavy and the effort to carry the books home set me backwards, into the chills and fever stage again. I have a tendency to pretend I am not sick and get on with my work, but I am learning that, as with art, if you do not get the right energy in early, you will never get it. So against my desires, I have been going nowhere. 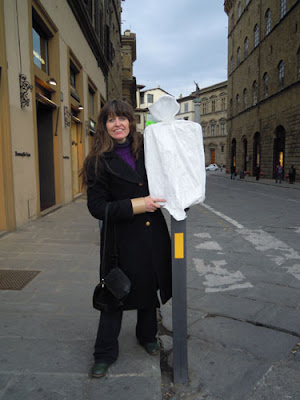 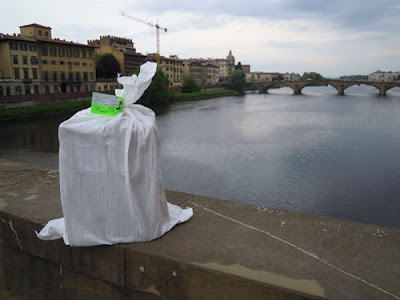 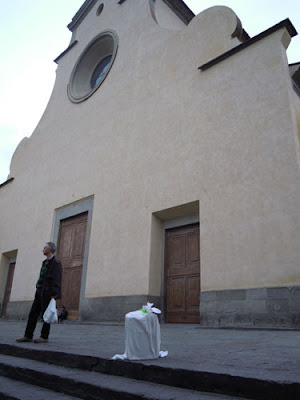 However, Tuesday, since I was out anyway, I walked into a pharmacy here in Firenze and told the guy where I had been and how I felt. He sold me some antibiotics and another medicine. How cool was that -- no doc needed! Sadly, this is Thursday and I am still weak and bedridden mostly. So much for making art, but this cannot last much longer, right? 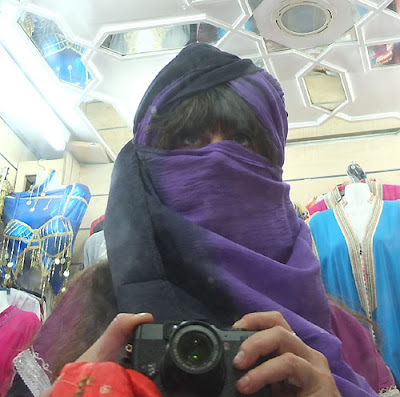 Posted by Kelly Borsheim Artist at 4:29 PM No comments: