Cari Amici (Dear Friends),
A couple of Sundays ago, I had the kind of day in Italia that makes me feel that life here is simply surreal. At least it is often spontaneous! Originally, I had thought to visit a dear friend outside of the city, but I had also received an invitation to see the current exhibit inside the Palazzo Strozzi here in Florence, Italy. What is a girl to do, but try to squeeze in both social occasions on my one day outside of the studio?

So, my friend Roberto (another artist) and I met at the carousel in Piazza della Repubblica early on the Sunday morning and together we went to see the art exhibit “Americans in Florence: Sargent and the American Impressionists” (on exhibit 3 March-15 July 2012). We also had a gander at the Strozzina.

Between Roberto's amused observation that Sunday morning by the name "Strozzina" (the Contemporary Art Section inside the Palazzo Strozzi) as a curious play on words (he believes was intended) and another friend Luca's subsequent explaining to me of the Italian language (esp. Tuscan), I am getting a fun education. The suffix "ina" means "little" -- so "Little Strozzi" is a cute way of saying "not the main gallery." But the verb "strozzare" means 'to choke' (or 'to strangle') and strozzina is also Italian slang for a (female) LOAN SHARK (someone who will cause you a lot of pain)! So, if indeed intended, is that Palazzo Strozzi's official comment on contemporary art? [Or just the stuff they exhibit? ha!] But I digress… we were not as impressed with the American Impressionist mostra as we had hoped to be, but there were several remarkable works of art in the exhibit.

Well, in any event, my other friend cancelled our visit, so Roberto and I sauntered on over to one of his favorite places for lunch – Antonio’s, near Piazza Salvemini. I have known Roberto since 2006 and he introduced me to Antonio that New Year’s Eve as we ducked under a half-closed door to buy some last minute goodies for our all-night party that night. Antonio even let Roberto take a picture of me with him behind the counter (that image is on another laptop at the moment or I would share). However, I include here a snapshot that I took of Antonio and his wife after Antonio took one of Roberto and me (see that one in my Facebook albums…). We ate quite well and Roberto even topped it all off by ordering for us this lovely cheese that is a specialty of the region outside of Firenze (but still in Tuscany). Served on a bed of rucola. Mmmm. 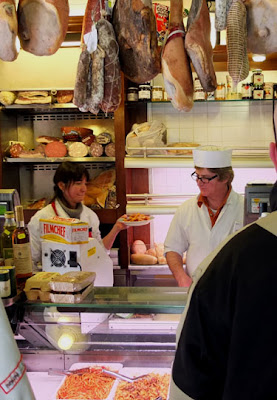 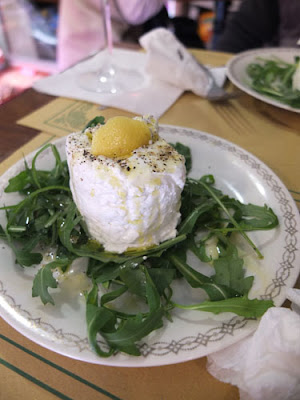 And then we experienced Lagniappe: Antonio told us that he and his wife had to stay there to work, but had two tickets to TASTE, a food festival that was happening that afternoon and into the early evening. He offered them to us. Roberto and I looked at each other and thought, “Perché no?” I had only intended to be out for the morning before getting ready to take the train, so we headed over to Roberto’s closer home to get some coats and caught a bus over to the event.

It was a lot of fun – free tastings of wine, cheeses, tea, (they had beers there too), meats, and foods that are all fresh and from Italy. Yum, yum, yummy! Of course, once we finally closed that place down, we decided to head to a new bar and discovered that we knew the twin bartenders from another place. Lovely to see that their dreams to own their own bar had come to fruition! Anyway, here are some snapshots from TASTE in Florence, Italy. There are more on my Facebook pages. Enjoy and happy Spring! 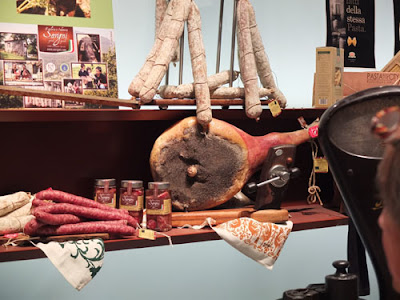 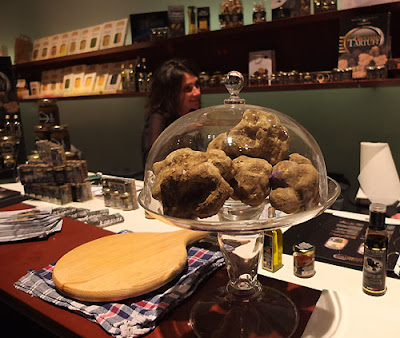 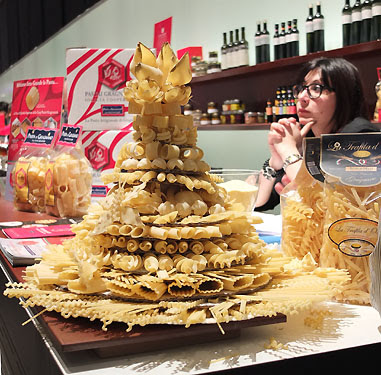 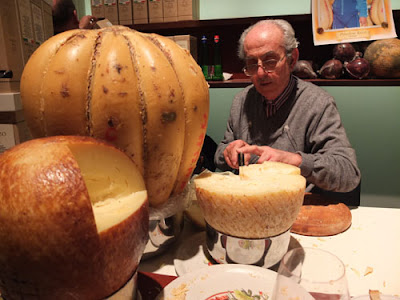 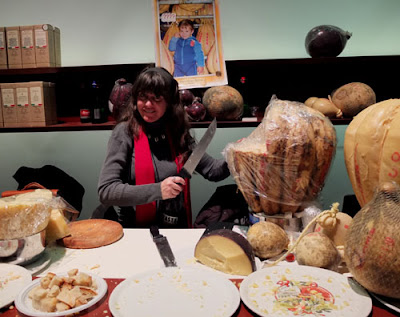 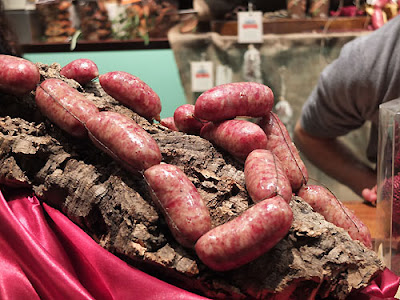 Posted by Kelly Borsheim Artist at 8:57 AM 2 comments: