An Open Mind in Istanbul – Nargile

Dear Art Lover,
Istanbul: exotic and fun, and full of shopping and imbibing. My friend Kumiko and I went there for a few days after we finished carving stone at a symposium in Bulgaria. How inviting some of the spaces are: so cozy and comfortable! I tried to keep an open mind or at least the mentality of “When in Roma…” I was delighted to experience the Hamam and discovered that a sauna of steaming marble is actually much more refreshing that the direct hot summer sun in a city. 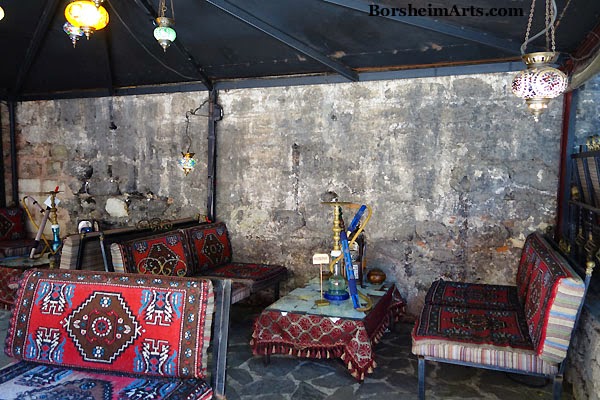 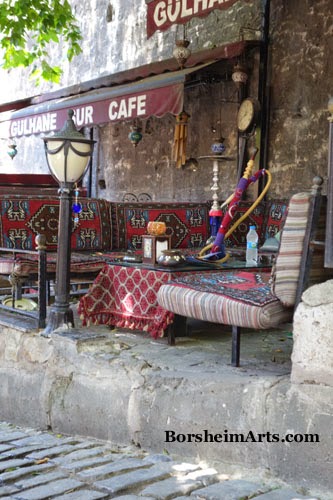 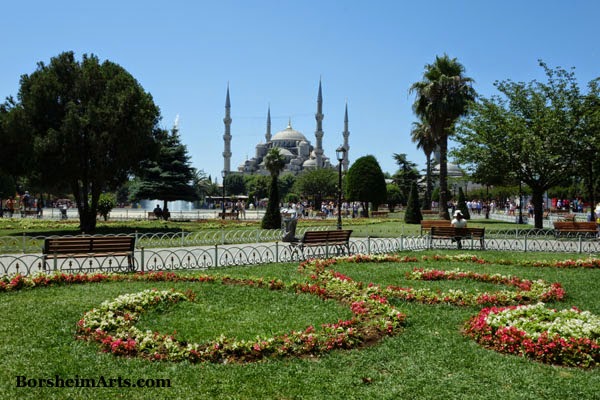 We were in Istanbul during Ramadan, but also during the World Cup finales. That meant for a lot of people out in the bars and restaurants that had large or multiple screens. I had no idea of the close ties between Turkey and Japan, but Kumiko did not even have to pay for a tourist visa, while I did (it was only 25 euro for an American, paid at the border). The Japanese have built tunnels under the waterways to connect Istanbul to itself, among other wonderful business deals. Kumiko was spoken to in Japanese more often than I ever anticipated while she and I toured the city by foot.

So, it was no surprise when she made friends with some rug merchants near our hotel. One of the men had even lived in Japan for over 15 years with his Japanese wife and was returning this month. 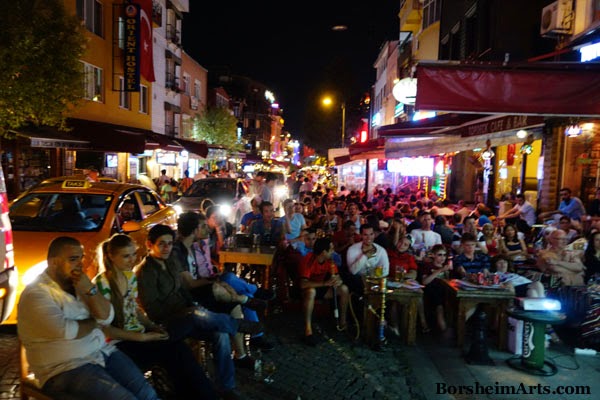 So, we found ourselves getting taken to a nearby restaurant and offered things by this man’s friend. I had been curious of the Nargile, the Turkish water pipes one sees almost everyone sitting around and smoking.
It is legal and yet, I think that I had hoped it was something exotic by the expressions on consumers’ faces.

Admittedly, I have a hard time just sitting around and relaxing. During this trip, I was often distracted by thoughts of my work at home. However, when the restaurateur offered to let me try Nargile for only 5 bucks (normally about 15, I think), I thought, Ok, why not? Even my hero Audrey Hepburn made her long cigarette holder next to her lips look elegant and beautiful in “Breakfast at Tiffany’s.”

They had no coconut, so I tried strawberry. The man set the mechanism on the floor beside our table and lit it with hot coals, sucking on the end to get it going. Then he gave us two plastic reeds. We each had one to slip into the mouthpiece for our own use. I was sadly disappointed. I think some part of me wanted this to taste good, the way that I will drink Turkish coffee, but really have no affinity towards any other.

But … tobacco is tobacco. I have hated it even before childhood friends wanted to get me into it. And this tasted only slightly better than how splashing perfume over stale and horrendous body odor smells. I waited a bit, then gave it a few more puffs, hoping that maybe I was just biased against it. Nope, I just do not like the taste nor the smell of tobacco.

The next morning Kumiko and I walked under an open arch somewhere in the city. We found a bunch of Turks sitting around smoking. But for me, these next three gray images just reminded me of what tobacco puts in one’s body. And I am sure that I would be unhappy in a lifestyle of just sitting around numbing myself. But, I DID give it a shot.

Happy birthday wherever your energy be, Vasily Fedorouk.  You are missed! 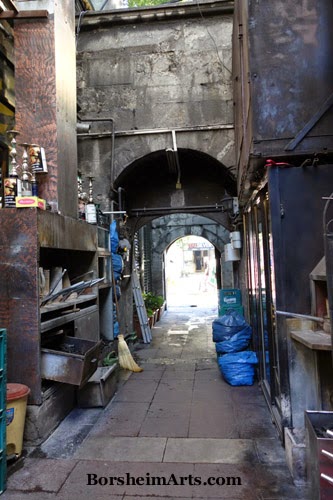 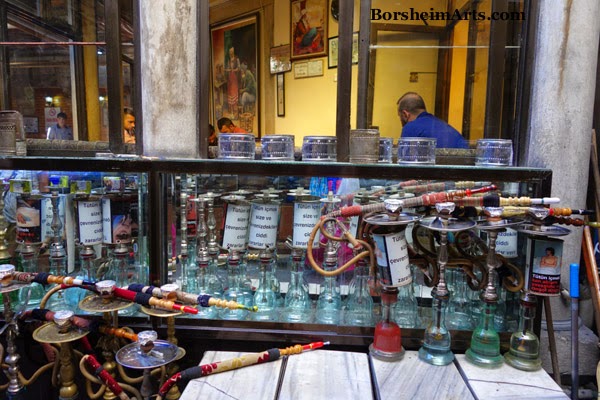 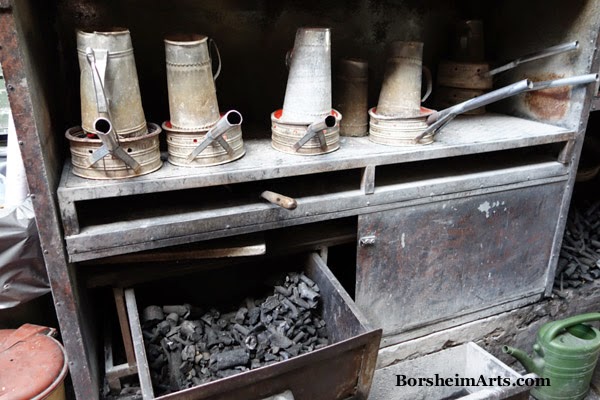 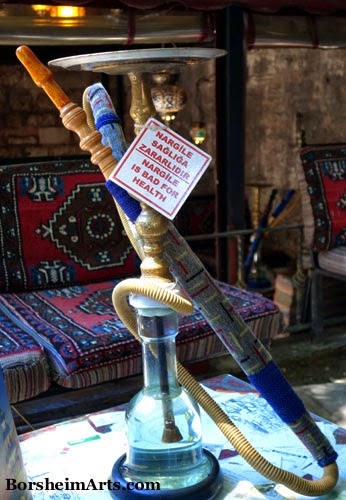 Posted by Kelly Borsheim Artist at 3:05 PM No comments:

Dear Art-Loving Friend,
My father once suggested to me that I “go ahead and get this Europe thing out of my system and come back to live in the States.”  I think he has turned into my grandmother.  She worried constantly.  But that was years ago and while I still have not worked out how to have permanent residence here in Italy, and my life is in limbo, I think I have convinced those who care about me that I am not finished with Europe.

One of the perks that is difficult to argue with is the wonderful public transportation.  I love walking and biking to most places in Florence, Italy, where I live now.  When I need to go somewhere else, I can usually take a bus or a train.  Some people complain about the services in Italy, but I have not encountered many problems and am amazed actually by how train, planes, and even motorways are all created and organized.
Anyway, most of Europe basically dies in August, with most people heading towards the surrounding seas for rest and relaxation.  It is a bit bizarre, especially since August is the time when many tourists can visit, especially if they have school-age children. 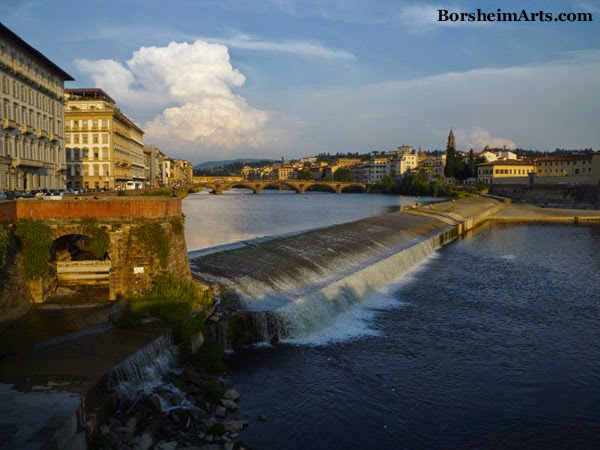 I have been doing my best to seclude myself in my new space here, at least during August. I have two easels set up and the doors to my balcony remain always open.  This is for my sanity.  I am working on many paintings, allowing the layers of oil paint to dry while I work on other images.  And sadly, I have not yet solved all of the Web site problems after I transferred in late June to a new host company.  My contact form and order forms do not yet work.  But I have discovered that there is only so much frustration I can take in one day and do not wish to spend more than a few hours each day on this.

In any event, I hope that you enjoy these snapshots I took around the Arno River in Florence… ah, the bike life!  I am shown here with my friend Biljana, visiting from her home in Serbia.  We took a day trip to the charming San Gimignano recently (the exception to my August rule).  You may see some of those images on my Facebook page, if you like.
Thank you for sticking with me on this art journey and I hope August is good to you.  Me?  I must get back to my paintings. 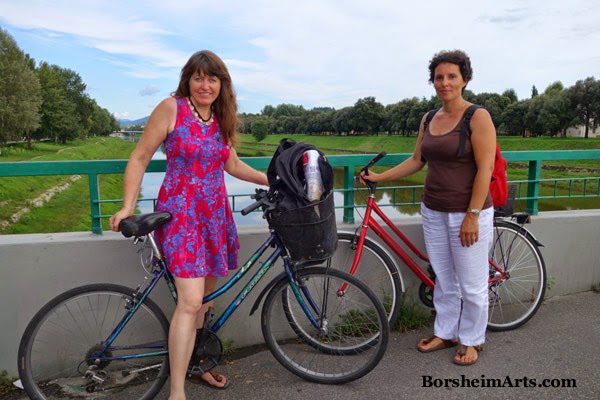 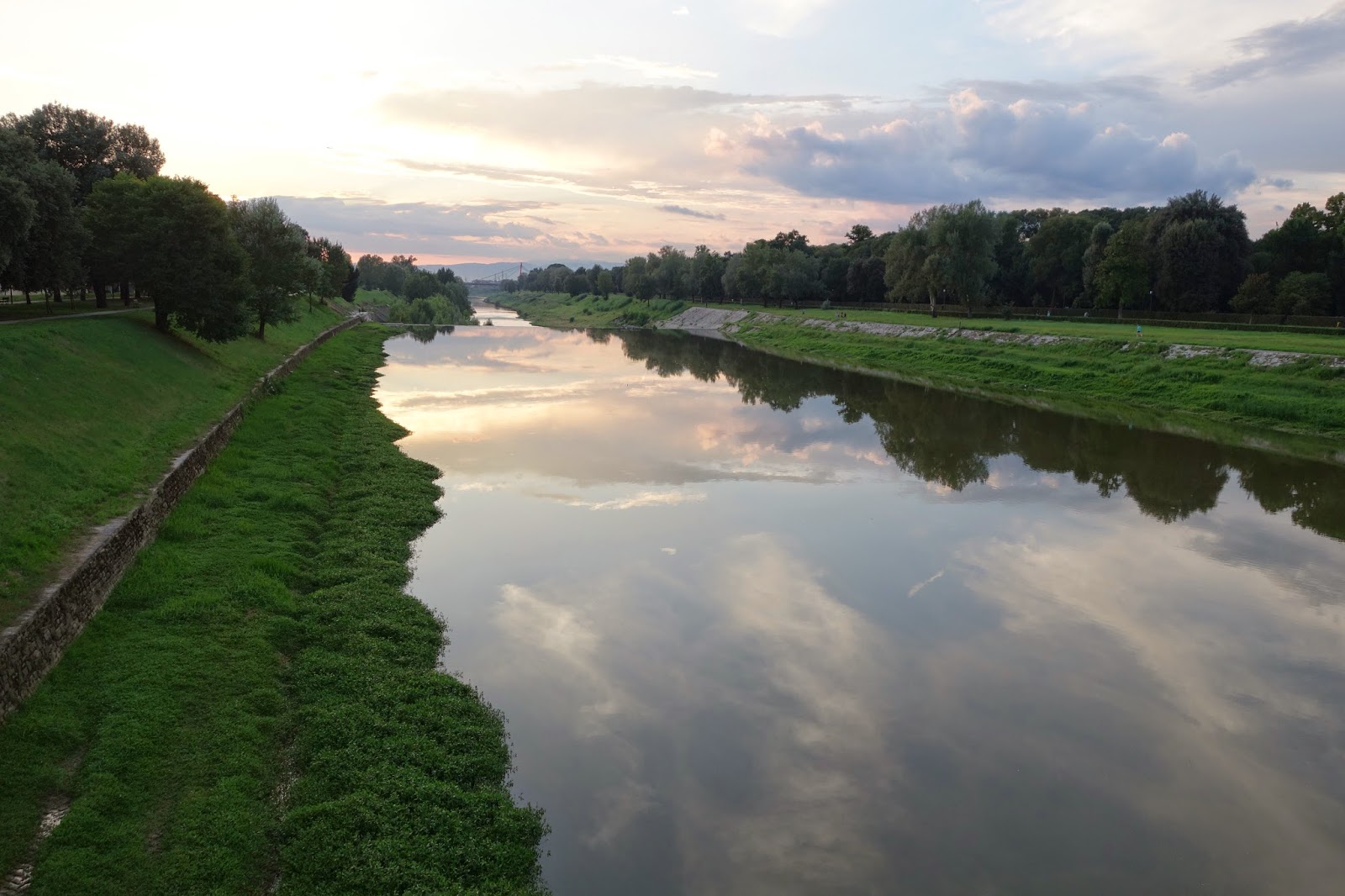 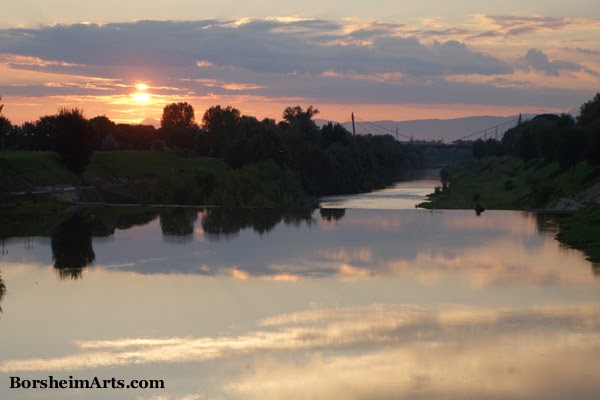 Posted by Kelly Borsheim Artist at 1:47 PM No comments: