I recently returned from a trip to northern Italy, which included participating in a streetpainting competition / festival in Grazie di Curtatone, more commonly called either “Grazie” or usually just “Mantova.” Mantova is the closest larger city and is really quite lovely. I got to see it with three of my Florentine madonnari (streetpainting) colleagues because the Saturday night that we were supposed to start drawing in the large piazza in Grazie di Curtatone, it rained. And rained.

Normally, the streetpainters draw throughout the night, starting around 6 pm and finishing in 24 hours. However, with the rains, we ended up starting Sunday morning on the 15th at 8 am and working until 8 p.m. that same day. And we were lucky to have clouds moving in and out in the skies above us for more than half the day. I hate being in direct sunshine, especially while working on a hard hot surface. Umbrellas helped, but cast shadows over our work, perhaps making it more difficult for those participating in the photo competition held by the festival organizers.

This is truly a festival, with knights and other costumers, merchants selling large parmigiano cheese chunks (see photo) and local produce. This second image shows you the largest garlic bulbs that I have ever seen AND the largest collection in one place of garlic. One colleague told me that this merchant sold at least two-thirds of this pile before the painting competition had finished. We walked to work on a red carpet and under a giant painting frame with an inscription “Arte e tradizione.” 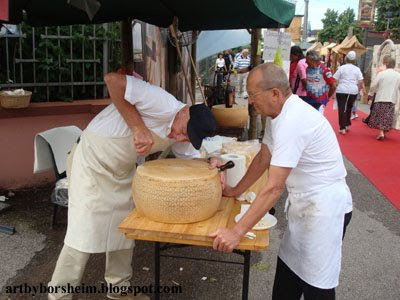 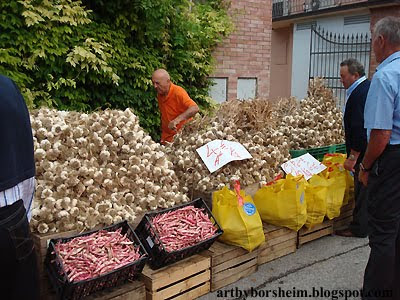 No, this third image is not one of shuffleboarding. These professional madonnari are saving their knees as they lay out a drawing with “distorted” perspective for a more 3-dimensional effect. It is much easier to do this when there is some distance between the artist and his canvas. 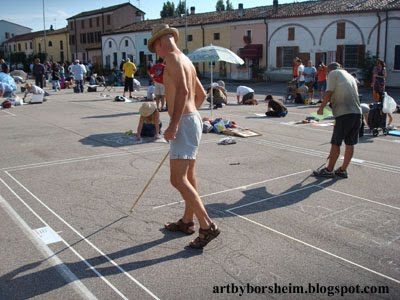 For my entry, I decided to rework my original oil painting “Relinquish” I placed the nude male figure of my original composition in a forest this time instead of in a room. Here is the start of my efforts. This street surface is the worst that I have ever drawn on and I cut off my fingertips about three times while trying to draw sfumato the way that my classical training has taught me. 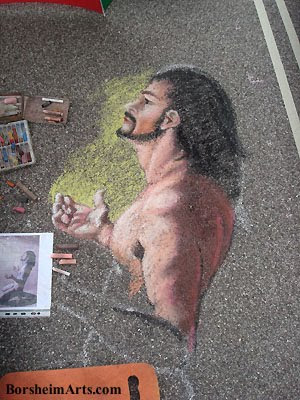 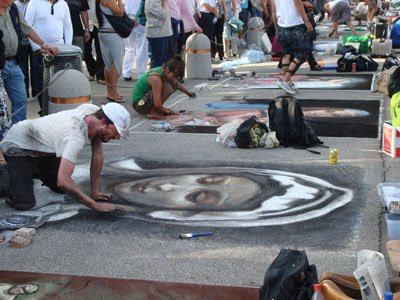 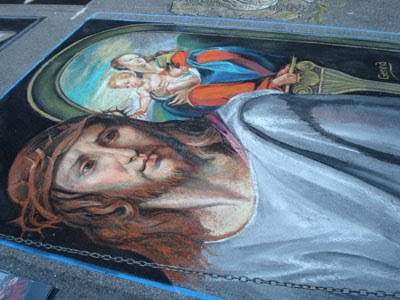 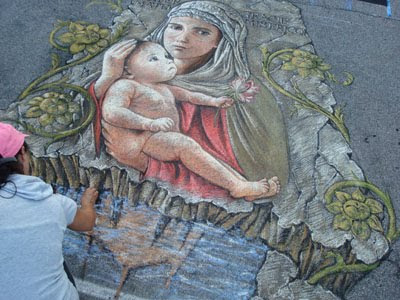 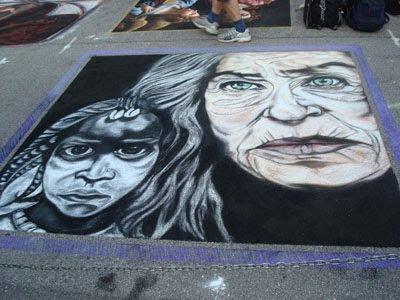 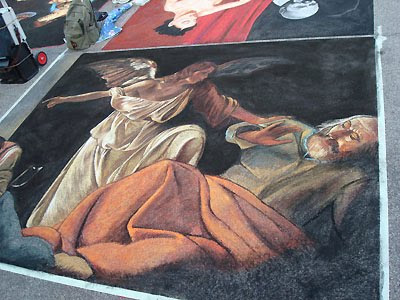 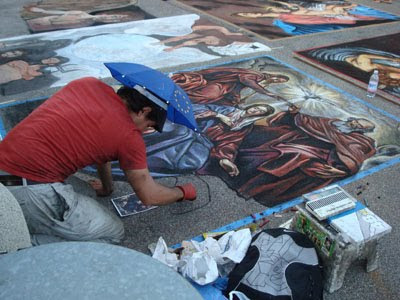 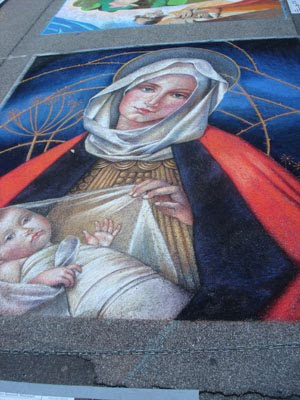 Posted by Kelly Borsheim Artist at 1:39 PM No comments:

So, I have been sketching in Portofino, up on the northwestern coast of Italy. She is spectacular. Here is one of my (maybe) one-hour long pastel sketches on black paper. 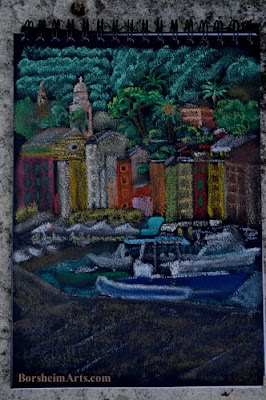