Dear Art lover,
This post is about the murals I saw in Belgrade (Beograd), Serbia.  It is by no means any serious list since I only spent half a day there and most of that was spent in the Nikola Tesla Museum and later drinking wine with three friends.   This first one lends a peaceful air to the neighborhood.  I enjoyed its pastel round shapes contrasting with the square windows and forms of the buildings. 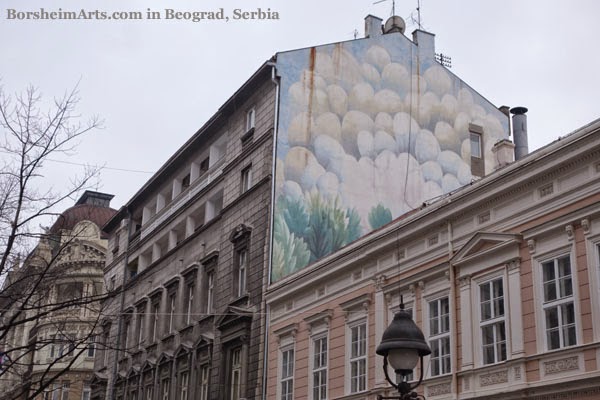 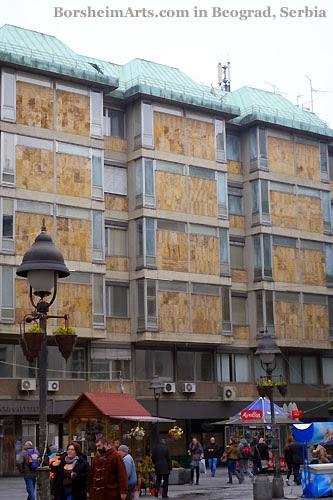 This second and third images are not actually murals.  The first appears to be something like giant pieces of corkboard over the windows, but it gives a feeling of having pictoral elements.  The second is a restaurant on a famous street called Skadarlija.  It is the oldest street there, I believe.  The cobblestones feel like a massage on the feet.   Anyway, I thought the repetitive use of small flower boxes going vertical had a charming effect.   This next is another restaurant on the other side of the street.  Also, not really a “real” mural, but pretty.  [I did make a disclaimer that this is not an exhaustive list, right?] 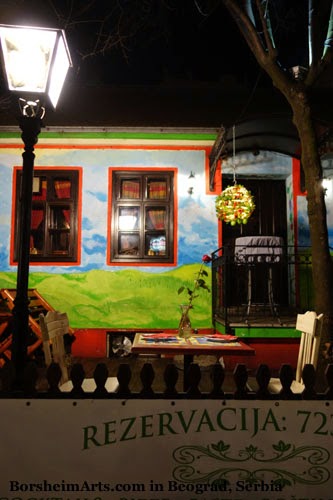 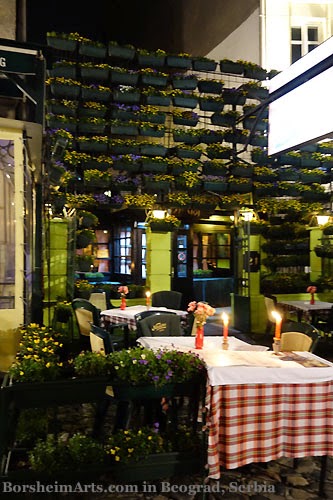 This next series is of an ambitiously large mural consisting of painted buildings on real buildings.  I hope you enjoy.  This mural is also on the Skadarlija Street in Belgrade, Serbia. 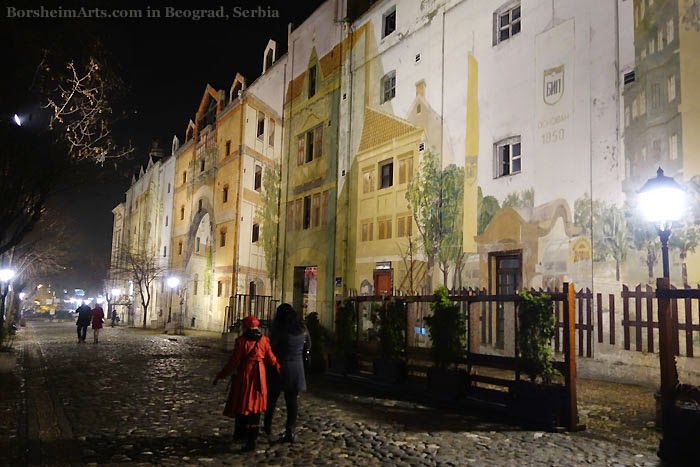 Kickstarter update:  19 backers have now helped me raise 29% of the funds needed to give the foundry.  Two people have even increased their original pledges!  $3,350 of a goal of $11,500.  Thank you and let us go for the other 71% please!  https://www.kickstarter.com/projects/borsheimarts/casting-call-im-melting-melting-into-bronze/

Thank you so much for helping me make some bronze art a reality,
Kelly

P.S.  This art post is dedicated to my Aunt Annie, who left us last night. 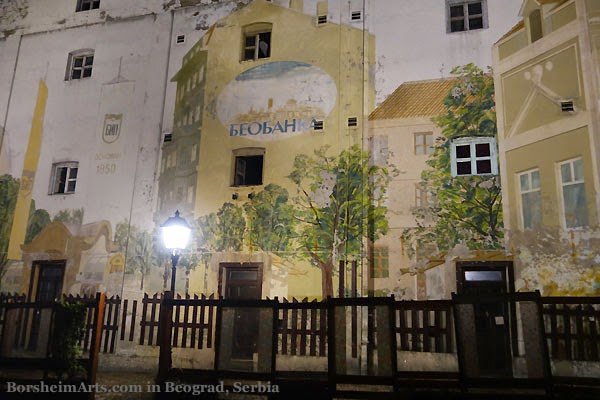 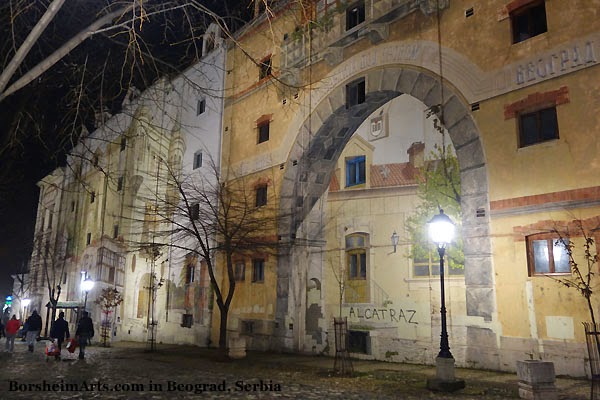 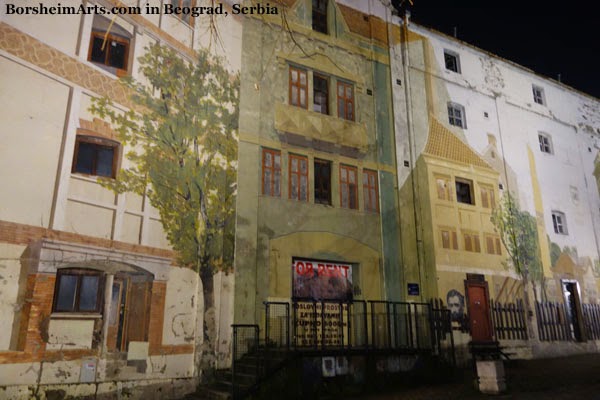 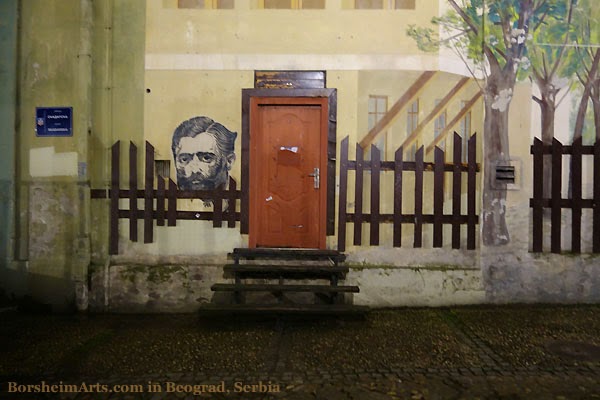