Dear Art Lover,
My first time in Italy was in 2004.  My art [13 works] had arrived there a year earlier, thanks to a request from Museo Gilardi in Forte dei Marmi.  I backpacked around Italia for six weeks.  Anacapri and Firenze [Florence’s real name] were my favorite destinations, a hard choice to make with so much beauty and art around that country!
Here is what I wrote on my Web site in 2005 about Bologna:

I had not originally planned to go to Bologna. I was not avoiding it, I just did not know anything about it. However, one of the benefits of hosteling is meeting many travelers who give you feedback and tips along the journey. A girl named Anna that I spent a couple of days with in Perugia told me that she loved the energy in Bologna. Someone else said the same thing.
So, after I left the Amalfi coast to head north for an art reception Christiano Merra held for me at the Museo Gilardi, I had to figure out what to do with some extra time. I had originally planned to go to Caprise Michelangelo after leaving Cristiano's in Forte dei Marmi, Italia. But when I asked the hostel which bus to take, I began to understand that it was highly unlikely that I would find the birthplace of Michelangelo without a car. As it turned out, the hostel in Bologna had an opening . . .
I look forward to returning to Bologna -- there is still so much more I have yet to see!

I have been back to Bologna several times since then for a variety of reasons and usually not alone anymore and never for very long it seems.  But each time, I go back to visit my favorite sculptured fountain there in the Parco della Montagnola, Bologna.  It is not hard since it is quite near the central train station.

Traveling alone gives me guilt-free time to do as I like.  In 2004, I took time to paint this sculpture from several vantage points.  Here you may see an image that an Italian woman took of me at work one afternoon. 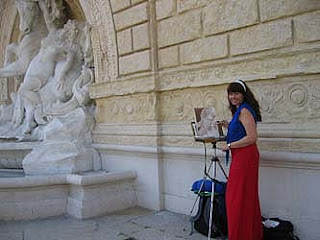 For more images of Bologna, visit this page:  http://www.borsheimarts.com/painting/2005/bologna.htm

The August Art Sale continues… see postings here on my blog this month or the corresponding album on Facebook.  Offer ends 31 August 2015.  These works are located in Cedar Creek, near Austin, Texas.
Today’s listings: 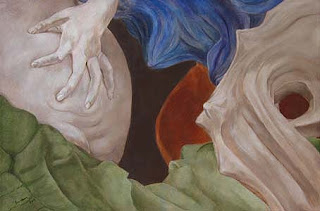 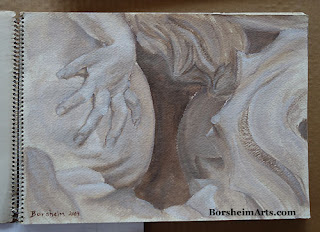 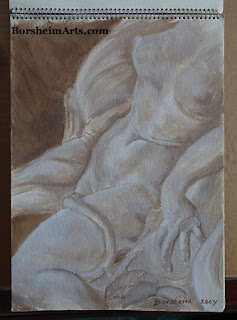 Posted by Kelly Borsheim Artist at 7:17 PM No comments:

After I left the Italian Consulate in Houston on Monday, I drove west and made a couple of stops in Bastrop, Texas.  Many, many years ago when I was branching out to neighboring towns to try to build up my art career, I had gotten involved in the Bastrop Arts Community.  I taught in an Art After School program for elementary children and I joined the Bastrop Fine Arts Guild.

Boy, has the guild and the city taken some dramatic leaps forward!  The gallery run by the Guild has moved to 815 Main Street and the space is such an improvement!  It is open and has windows in the front and on one side that allows visitors to see some art even when it is after normal gallery hours.  They also have a classroom in the back.  I was grateful to several artists there who opened the gallery so that a small group of us had time to meet and swap stories.


In addition to that big change, I drove past a convention center!  All new, of course.  And the Guild members showed me the architectural plans in the works for a new community art center that will be across the street from the Bastrop Convention and Visitors Center.  This kind of thing was never something that I heard any of the Guild members of my time even dreaming about!


Four years ago when I left Texas for a return to what I had started in Italy, there were horrible wildfires in our area.  So many people in Bastrop lost their homes and were displaced for a long time.  I am so happy to see that grants and other wonders are being given to Bastrop to help rebuild this artsy community.

Painting The Woodlands and Galveston Texas 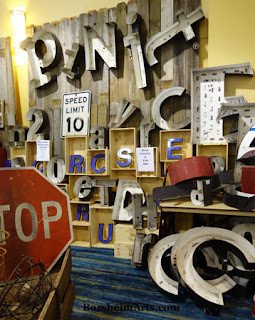 Dear Art Lover,
I drove to the Houston area this weekend, about 2-3 hours east of Austin, Texas, where I am hanging my hat for the next 30 days.  I timed my visit to the Italian Consulate so that I could see as many friends along the way as possible.  The first meeting happened on Saturday in The Woodlands, north of Houston.  Pinterest was having an arts and crafts event in the Marriott Hotel… what a space it was!  My friend Nancy Hines was doing an painting demo there.  In ONE hour!  She did an amazing job of it, too!  Check out her work on her site:
http://nancyhines.com/ 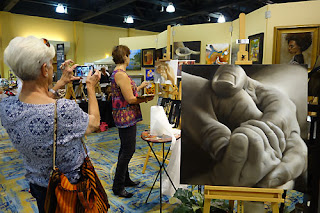 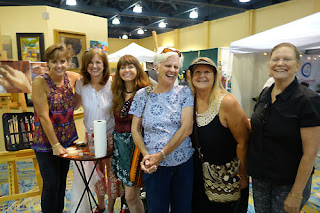 Then on Sunday morning, I drove to Missouri City to meet with a model who wanted to work with me.  We decided to drive to the beach in Galveston.  Hahah… I got my TacoCabana fix for lunch.  We worked under the pier since I am not a fan of direct sun and we had too few available hours to wait for the sun to lower her head.  While we were working there, a woman asked me if I had a business card.  She and her daughter had decided they wanted to picnic in the shade under the pier near us and had overheard us talking as we worked.
Well, the only things I had brought with me were my tools, an umbrella, and car keys.  So, I wrote my Web site address in the sand in front of her and she photographed it with her phone.  Hahaha… surreal, this world we live in.  I do hope that she looks me up because that is a lovely story about meeting a person! 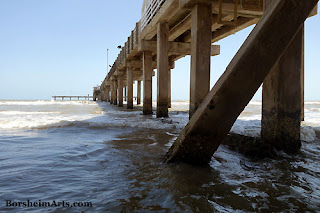 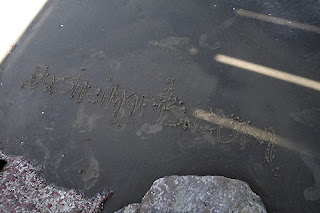 Hours later, I dropped my new model friend at his home and drove on into central Houston.  This last image is of me with Lucrecia and one of my photographs on metal.  Her sister Lili will receive this as her reward for the level of support she gave my “Casting Call:  I’m Melting!  Melting!  Into Bronze” art project on Kickstarter this past March. 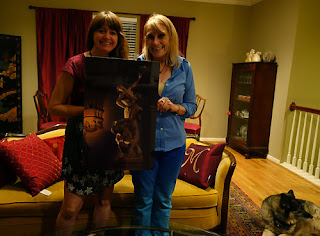 And this last image is just a fun one.  Back in Texas and the land that loves hot sauces, made with a variety of hot peppers.  Enjoy…
Peace, 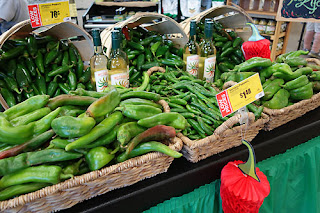 Posted by Kelly Borsheim Artist at 11:22 PM No comments: