Monster in the Adriatic Sea


Dear Art-loving friend,
Last Saturday evening, I was walking along the coast in Umag, Croatia.  This night, I chose to walk beyond the old town (south).  I have not explored much of this area since it is rather cold outside and I have so much work to do.  However, sanity dictates some outdoor time! 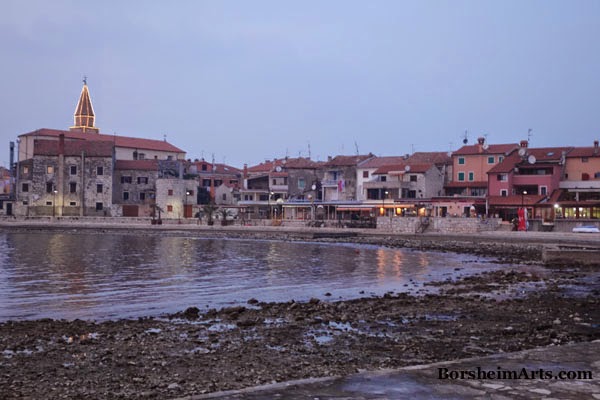 Most people here do not seem to pay much attention to me.  I imagine that it is easy to see that I am a foreigner and alone.  I have not made much of an effort yet either, especially during family holiday time.  So, when I saw a man pass by me, cutting through various buildings, obviously knowing where he was going, I was surprised to notice him later on my walk.  He was half sitting, half leaning against a building near the sea.  I wanted to photograph him there, his dark clothing against light blue walls, but I felt shy and decided against it. 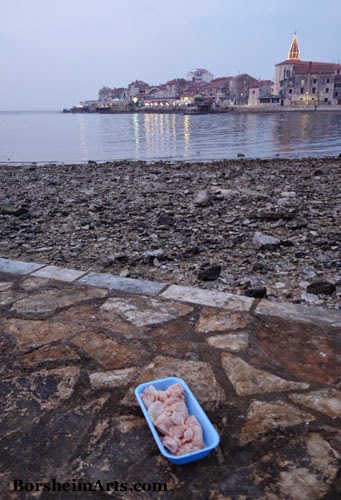 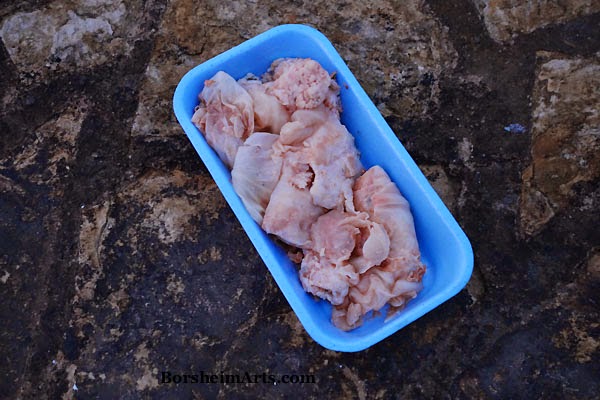 However, I was a bit curious.  Just before I noticed him there, I saw this container of raw food set by the edge of the sea wall.  It looked fresh, but no one was about.  Why is this here, I wondered.  Did he just leave this here?  Because it was dusk, it was easy for my imagination to take over.  I decided that this may be an offering to some sea monster that crawls out of the Adriatic each evening.  Times were changing and even the beast had to be aware of the economic crisis going on in these parts.  Hopefully, this offering is less work than stealing and eating babies.  I even imagined that the white lights outlining the bell tower of the local duomo (cathedral) signified, not the winter festivals and celebrations, but the time of the feedings.

Istria is the area which claims to have had the first vampire, Jure Grando, after all.
[Thank you, Željka for that little tidbit!  Haha] 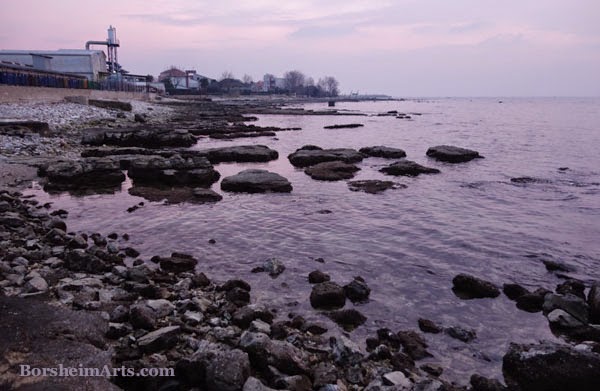 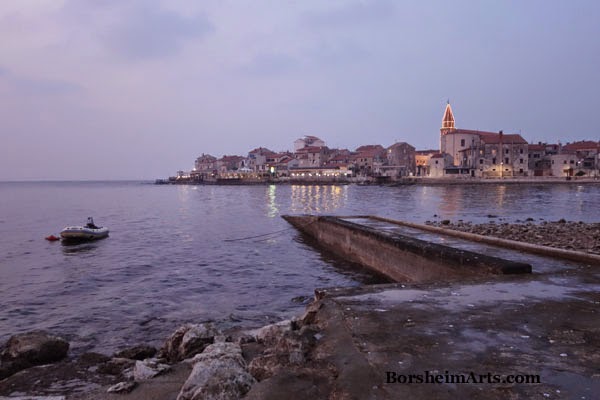 This side of the Old Town has a gradual incline of a rocky beach to arrive to shore.  On the north side, the sea walls make sure the water is deep enough for the boats to dock.  Perhaps I was on to something!  However, I sat down on the ramp that led under the water, thinking, waiting, photographing.  When I stood up again, the man was gone and I was alone in the growing darkness. 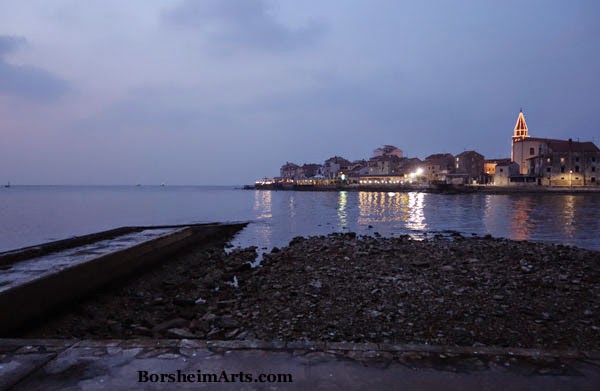 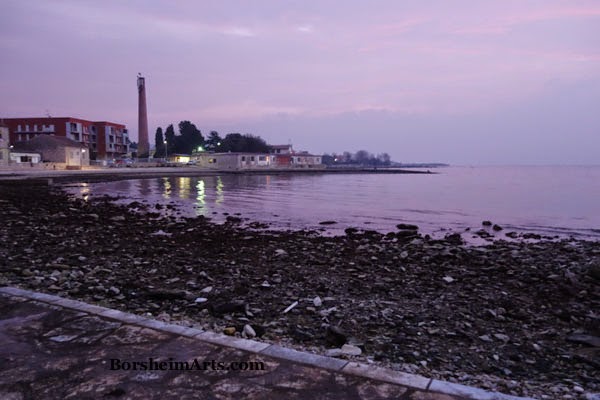 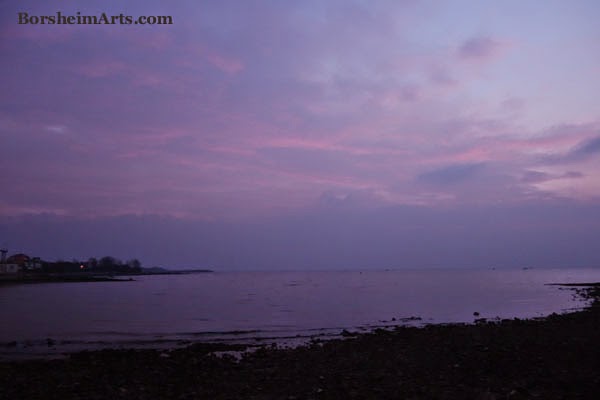 I was also starting to get cold.  When I left Italia, I packed as I usually do:  More art materials, cameras, and computers than clothing and personal items.  On my walks, I have been losing feeling in my feet, so … it was time to start walking again. Still, dusk arrived.  The sea remained peaceful.

As I walked along the sea edge around the Old Town, I saw few people.  Mostly one or two working for the few restaurants that were open this time of year.  No one seemed to look in the direction of the offering.  Hmm, well, that does not DISPROVE my theory, does it?

I turned the corner and saw a nearly full moon rising . . . 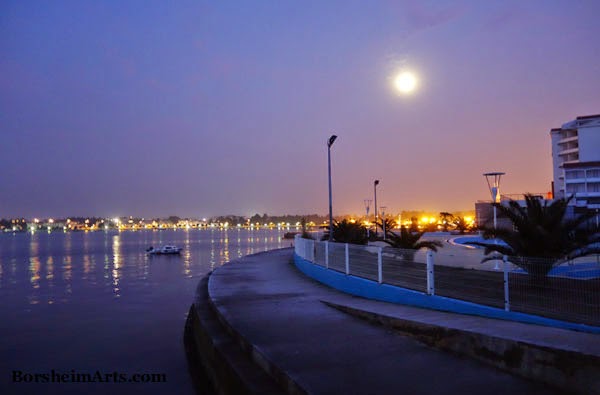 ++++
If you are enjoying this blog, or the wandering imagination of a girl in Croatia who apparently sees trash in an unusual way, feel free to help the adventure continue by sharing these posts with someone who may also enjoy them and/or donating.  You may do so via PayPal (contact me if you prefer another method) on the right hand column on the online version of this blog:  http://artbyborsheim.blogspot.com
Thank you for your interest and enthusiasm,
Kelly

Posted by Kelly Borsheim Artist at 3:22 PM No comments: