Recently my father and his wife Peggy wanted me to see the stone work and architecture of The Grove Park Inn in Asheville, North Carolina. I love Asheville, what little I actually know of it. I had chosen (and was accepted) to go to college in that wooded city near the Blue Ridge Mountains. But once I found out that Texas was not all tumbleweeds and had some gorgeous trees and rivers, I changed my mind and chose a university closer to my father’s location in Austin. I did not know what I wanted to be when I grew up, only that I loved mathematics, so instead of a major, I chose trees and the mountains. But that was 1982.

Today, The Grove Park Inn has probably not changed much since it officially opened on Saturday, July 12, 1913. The 150-room hotel was built of stone and concrete. Each five and a half inch thick section of the concrete roof was poured continuously to avoid unnecessary seams. The walls consist of the natural, uncut edges of stone in a way I have never seen before. 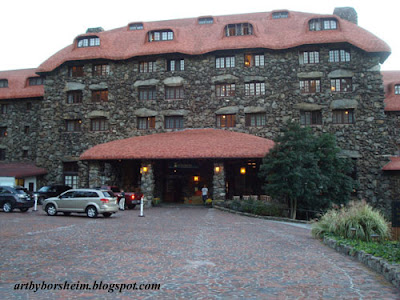 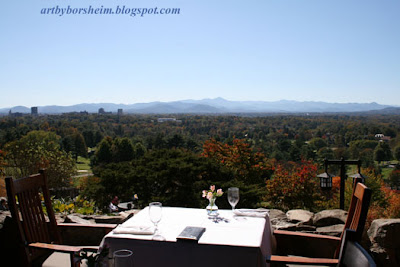 Edwin Wiley Grove and Fred Loring Seely kept the economy going by buying “carloads of mules.” The mules pulled sleds of boulders down the mountain to the “automobile trains” waiting in the roads below. The trains were made up of about 14 wagons tied together in a line and towed by one of three Packard trucks. They were able to carry about forty tons of rock per trip. 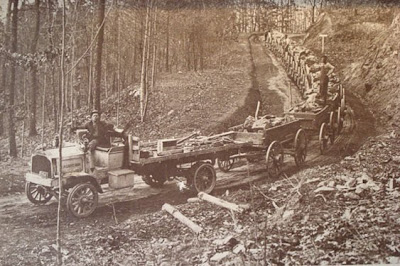 This reminded me of la lizzatura -- the centuries-old act of carrying the marble out of the mountains of Carrara, Italy, and down to the ships in the ports by way of large wooden logs and oxen.

So you can imagine my delight as my father and I continued to read about the building of The Grove Park Inn and look at the framed enlargements of 100-year-old photographs and discovered that Italian stonemasons were hired. They insured that Seely’s instruction that only the uncut, exposed edges of the stones were visible.

Shortly after the 1912 groundbreaking, 450 men were hired and earned the best wages of the region – “one dollar a day for a ten-hour shift.” Additional workers from the Deep South were brought in and housed in circus tents. They worked around the clock and the construction was completed in eleven months and twenty seven days.

Today the inn now includes a cave-like pampering spa (see my last image in this series), a golf course, and outdoor swimming pool, shops, and more. The day that we were there, we teased Peggy about stalking a wedding as she “oohed and aahed” over the bride and ceremony. It was a lovely setting and a perfect day!

The Grove Park Inn is completely fireproof and open all year long. The only thing I never saw an answer to was my question “Why is Fred Seely’s name not on the inn with Edwin Grove?” You may see more of my photos from this stone resort in the Blue Ridge Mountains on my public page on Facebook

And speaking of family, I would like to say a “Bonjour” to Marie-Madeleine Delmaire, mother of my dear friend Hélène, who tells me that her mom is now one of my blog fans in France. 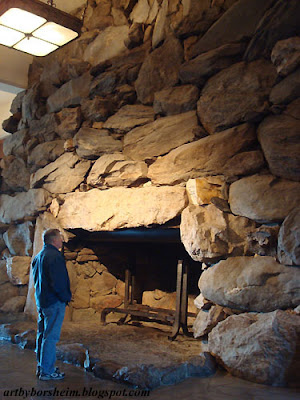 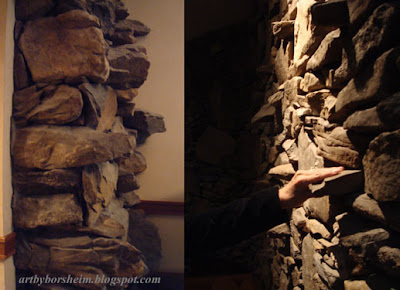 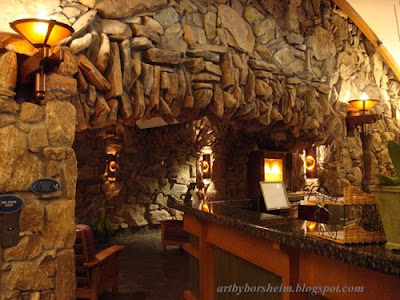 Posted by Kelly Borsheim Artist at 5:54 AM 4 comments: